WHERE THIS LIGHT TAKES YOU 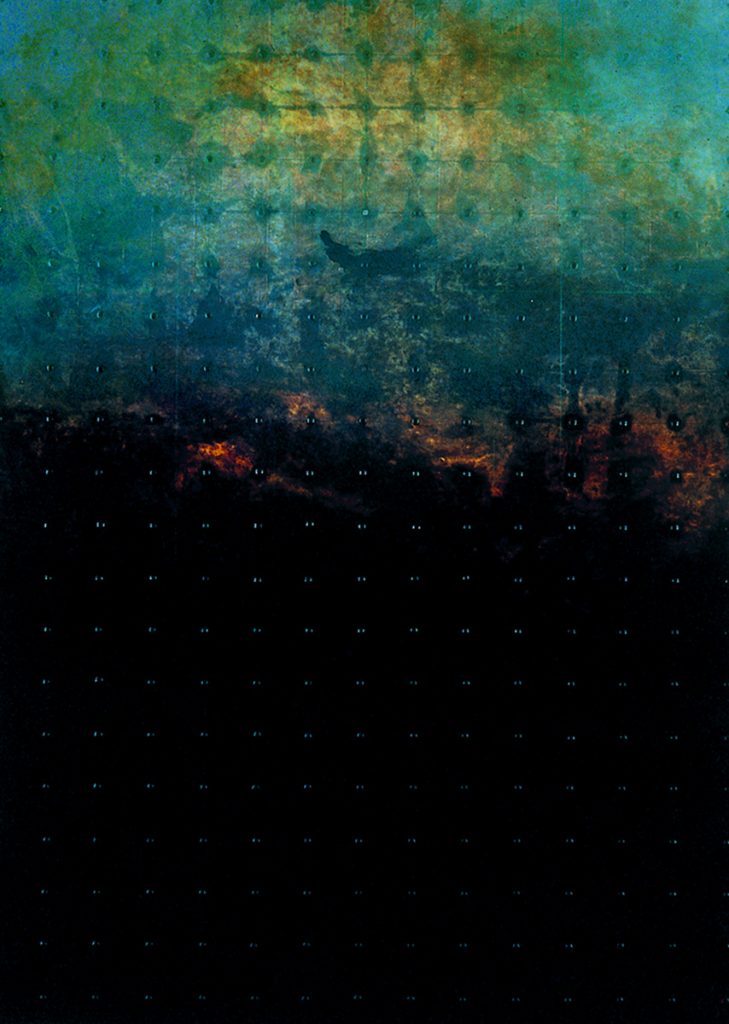 Kados and I’ve been busy in the studio, turning visual somersaults, lassoing in a herd of ideas, enough to at least have them feel as if they’re born of the same symphony. I do the dirty work, of course—building the frame, stretching the canvas, mixing the paint, scrubbing and scumbling the surface, cleaning up afterward—while Kados opines from his lofty interior perch as to whether all this energy-flow holds a measure of value that I hope it does or even, often enough, any at all.

“I think we have something,” he’ll proclaim, when, after much fretting and uncertainty from my side, a painting boldly asserts itself, as if I had nothing to do with its successful birth. Or just as likely, as he did today, he’ll say, “Sorry, Galen, but what you’ve found feels as dense as a cupful of mud. Better scrub it out and re-approach…with a little less ‘you’ this time. You know what I mean, right?”

I do know what he means. I can’t deny it. Kados, my beloved shadow, has a perspective I don’t have, more intuitive and targeted. I concede.

“Thanks, Kados. I appreciate your guidance, brutal as it often is. I’m grateful. I don’t know what I’d do without you.”

“You couldn’t,” he mumbled, alternately appearing and disappearing within the pulsing of our heart.

I’ve often wondered, since having given my alter ego a name, if Kados is nothing more than the opposite side of this self I think of as me, as if on one side of a blank sheet of paper, facing me, is written the name Galen and on the other side is written Kados, facing everything I cannot see. Is this how we came into being? Or was Kados already here as I was squeezed out of a dark nothing into the light of everything? I don’t know. And if Kados knows, he’s not saying.

“You could be a bit more helpful, Kados.”

Here it is. Slightly over two years ago, past images—meditative and dreamlike—revisited, reeling me back into their dominion, having first appeared as the Pneuma Shift Series four decades ago, then suddenly disappeared that same year, 1982, when I tried to conjure them back. Gone. Nowhere to be found. Ok. Ok. I know it sometimes takes a while to complete a vision. So when they returned in 2018, I welcomed them back; journey complete, I said to myself. But no, they persist. Relentlessly, it seems.

“Have I no control, Kados? No say-so in the matter? I keep thinking that I need to be or should be or want to be exploding great bombs of color in wild abstractions, rioting across the canvas like a monkey on LSD. I dream of it, then the next day, as I contemplate the physical dive, the shadow of Pneuma Shift slips in, wedges herself between me…or us, I should say…and the Big Bang, as it were. Then all is lost. Or is it? I’m confused.”

“Have patience, brother. Surely there’s a reason for these long, persistent ‘escapes’ to unwind as they do, as they must. Think of it as the quiet before the storm, the ending of the beginning. Be grateful for where this light takes you.” 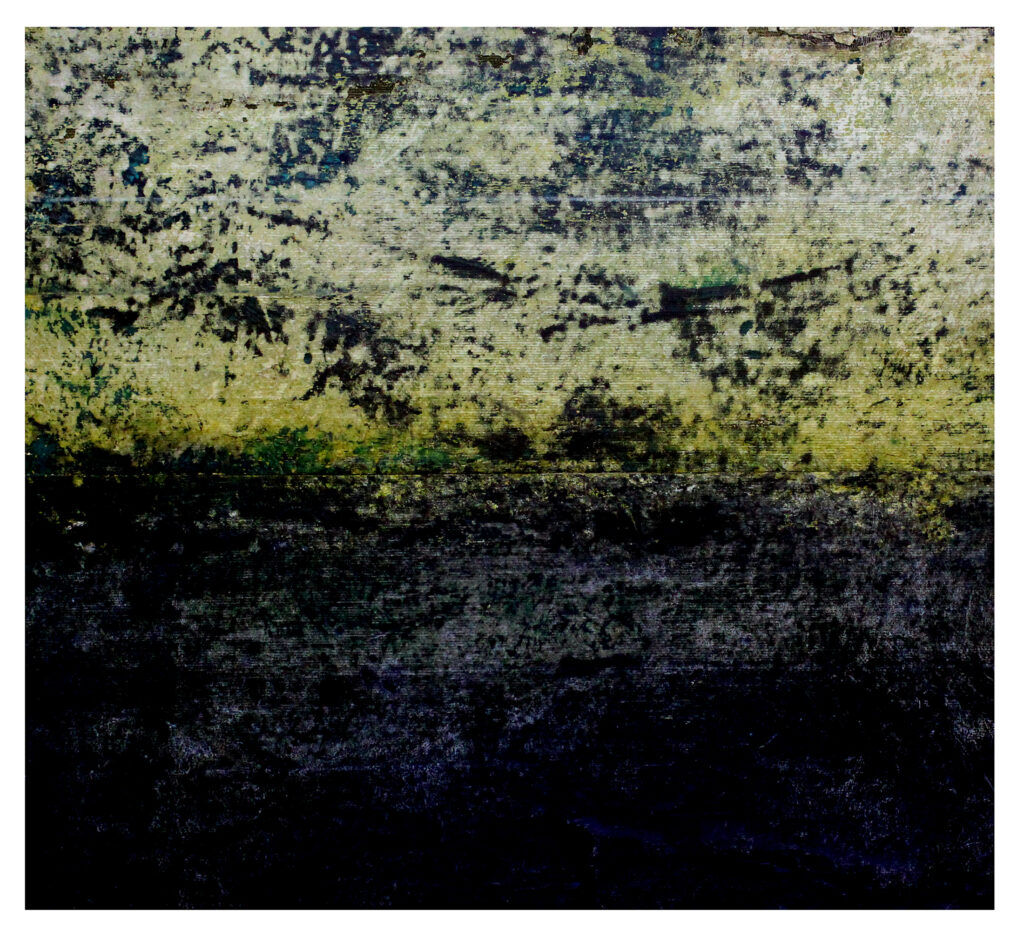 “Gratitude in it’s simplest purity is the shinning crown of our humanity.”   kados

THE JOURNAL is indeed grateful for the opportunity to share two gifts from the American poet, William O’Daly, two poems from his remarkable yet-to-be-published THE NEW GODS.  This collection of poems— passionate and tender distillations of love and timelessness—reveal a world both vibrant and present.

William (Bill) O’Daly and I have been friends for nearly forty years, having met through poet Sam Hamill at Sam’s home near Port Townsend, Washington.  In addition to his remarkable poetry, Bill is also known for his masterful translations of Pablo Neruda.  Along with Sam and Tree Swenson, Bill co-founded one of America’s finest poetry presses, Copper Canyon Press. 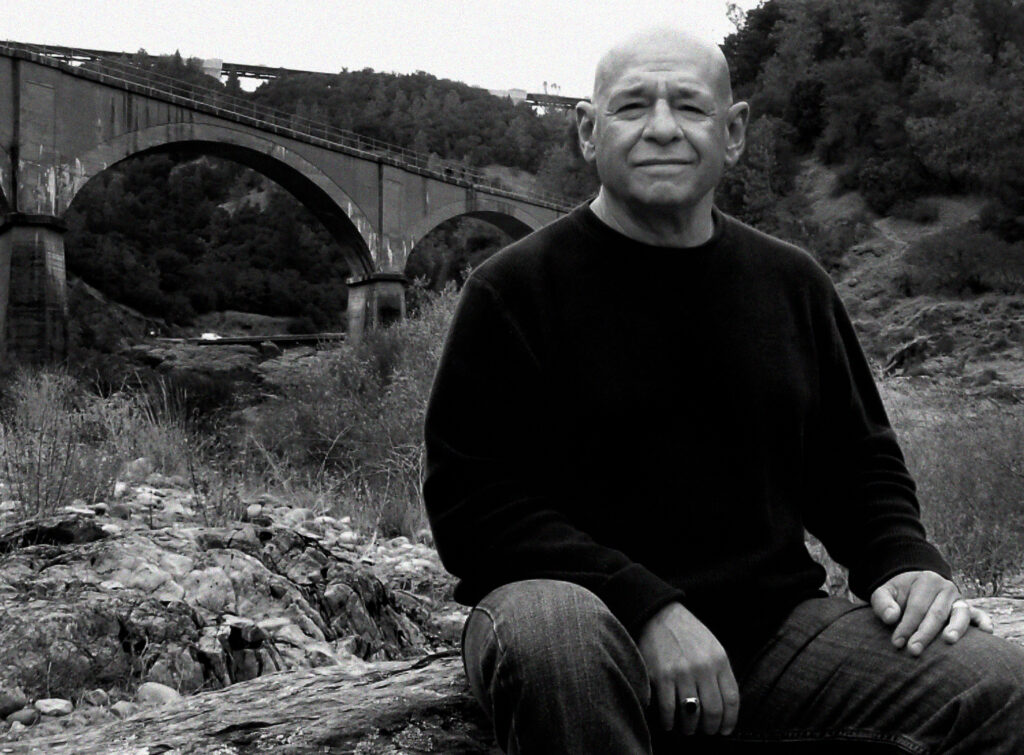 I.
One night a boy emerges from among the clothes
hanging in the open closet and stands beside the bed.
He is dressed in dark woolen trousers and white shirt
buttoned at the neck, and his shiny black hair is slicked
back, as they wore it in his day. He slowly reaches out to me—
in his hand a glass of water, iridescent—
the colors are my voice, an offering drawn
from the mineral spring
of the first beginning.

II.
Now I stand at his grave, where the world ends
in the cormorant’s cry, and I can hear
the horse’s tail swishing among the trees.
Like secret phosphorus, a gift of woolen socks
binds the weaving hands to oceanic light.
The plutonic rocks born of the far south
rise from the shelves into our consciousness,
bearing the volcanic words he left to us.
His wild-haired love still sings as she dusts
the weeping figurehead, the small black god,
and the brass telescope, a gift from the French,
and watches for his return from mountain or sea
where, side by side, they live on
like water or inevitability.

Is this ever descending water
human tears? Do they mean nothing?

Will the stone heads that weep
in the late afternoon fade away?

Without you, how will we weep
when we need to?

How will the earth smell
after the last drops of rain?

[Originally published as “Questions for Franconia” in Water Ways, chapbook of poems, with prose and photographs by J.S. Graustein, Folded Word Press, 2017.] 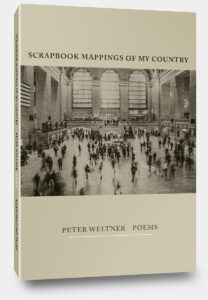 “…His poetry confirms that poetry can be a ‘consoling blessing’, and that a writer can stand up to the current contempt for reason and the poisonous ignoring of truth…”        S. Milne, “The Poetry of Peter Weltner,” Agenda Vol. 54, Nos. 1-2 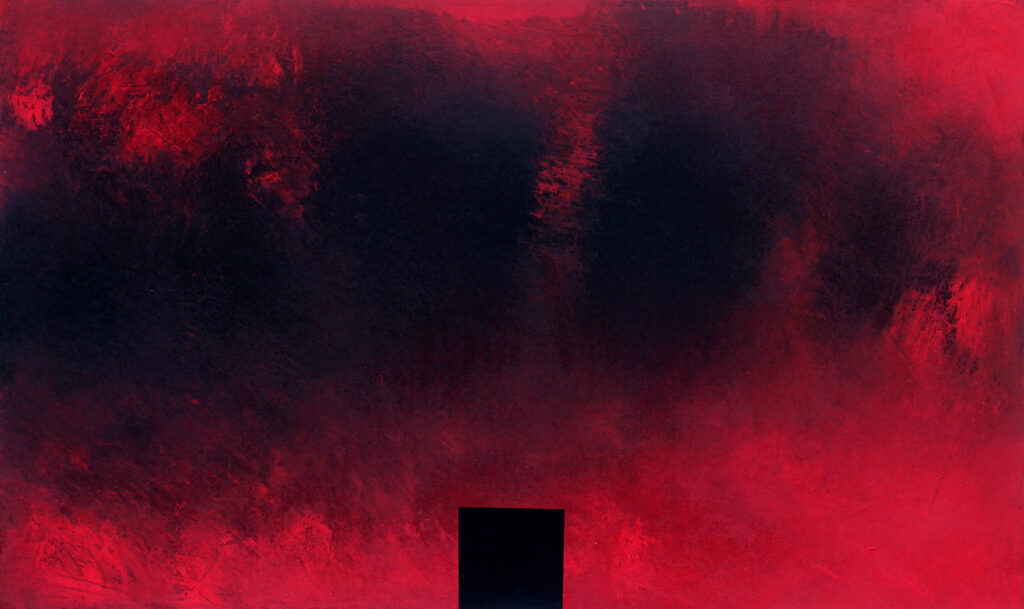 Featured in the next issue of The Journal,